ERRN is a short hand for Earl Richards Road North, the site of the former Exeter College of Art and Design. As the Faculty of Arts, University of Plymouth it relocated to the Plymouth Campus in 2007.

Revisions and propositions will show work to an interested audience. If you wish to book a visit there are slots available Saturday March 31st-Sunday 1st of April, 5pm. For Saturday contact – S.Bennett-1@plymouth.ac.uk,  for Sunday contact – volkhardt.m@gmx.de

In Series 1 of Institutional Traits, shown at the former Exeter College of Art and Design building, low quality digital images from employee photo identity cards are scanned at high resolution, enlarged and re-presented as a series of portraits that reveal continuous interaction with the security system of the workplace. As each photo card becomes scratched the face is increasingly obliterated, eventually rendering the image useless as a verifier of identity. The bar code remains the only functioning element. Also shown is Series 2 of Institutional Traits, comprising two large photographs of the building’s empty lecture theatre – abandoned along with the art education system that it served. The photographs are installed in the lecture theatre and will become markers of absence once the building is demolished. 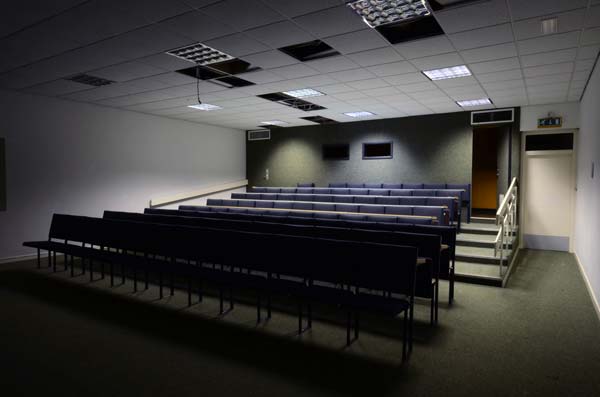 In the  derelict  wood workshop of the former Exeter College of Art & Design,  found and re-claimed recordings of running woodwork  machinery combine to create a dissonant echo of its previously active life. The high-pitched singing of the circular saw and the  deep thrum of the lathe reverberate around the empty space like the  resonant ghosts of the absent machines, whose residual traces remain  in the  severed wiring and fixings, the useless ducting hanging in space. 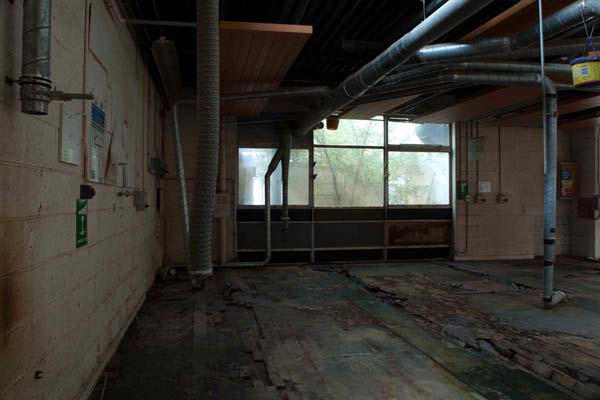 The reception area of the building features a 12x12m lino floor tracing 30 years of use. Volkhardt Müller will use it as a plate for relief print to create a print object/record of the space. Work in progress. 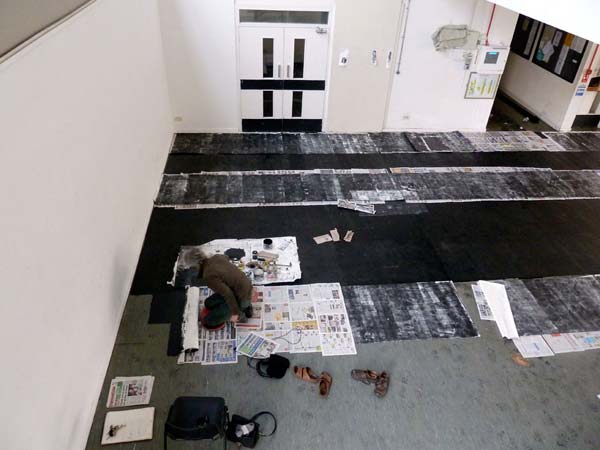